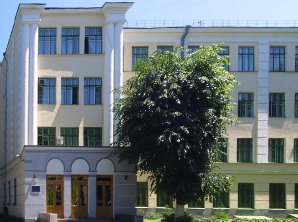 Directors of this Institute were:

CITLPE was renamed in Central Institute of  Improving Teachers of Ministry of Education of  Ministry of Education of  Ukrainian Soviet Socialist Republic (further – CIIT) by the Decree of Union of Ministers and Central Committee of Communist Party of Ukrainian Soviet Socialist Republic since 10.05.1962 №523.

Directors of this Institute were:

In 1992 CIIT was renamed in Ukrainian Institute of Training Leaders of Education of the Ministry of Education of Ukraine (further – UITLE), which was headed by Madzigon Vasyl Mykolayovych.

Since 1993 till 1999 the Rector of  UITLE was Drobnohod Mykola Ivanovych. During his leading UITLE was reorganized in State Academy of Leaders of Education (Decree of Cabinet of Ministers of Ukraine №526 since 29.05.1997).

In 1999 Central Institute of Postgraduate Pedagogical Education of National Academy of Pedagogical Sciences (CIPPE of NAPS of Ukraine) was established due to the Decree of Cabinet of Ministers of Ukraine since 22.07.99 №1327. Oliynyk Victor Vasylyovych was appointed to be the Rector.

Innovation researches in the field of distance learning of postgraduate education caused the necessity of reorganization of CIPPE of NAPE of Ukraine.

University of Educational Management (further - UEM) was established on 7th November, 2007 (Order of Cabinet of Ministers of Ukraine since 8.11.2007 №969-r).

«Realization of this important government decision gives opportunity to form powerful educational institution of fourth level of accreditation, in structure of which scientific parks, technological  parks, business incubators and other innovation structures will conduct their activity, research activity of students and scientific and pedagogical workers will be strengthen.