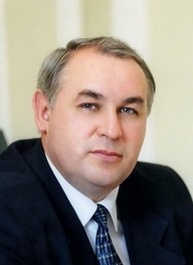 In 1997 he was  awarded with title  Associate Professor by Donetsk State University of Management. Since 2002 –  Candidate of Pedagogical Sciences (Theme of candidate thesis “Management of General Education Institution”).

He has 1st grade of Public Officer.

Since 2007 – Lawyer, and 2012 – Member of Qualification and Disciplinary Commission of Advocacy of Kyiv.

Labour biography started in 1978 as teacher of primary classes of village school in Chernihiv Region, after graduation of Institute he worked as teacher, deputy director and director of number of schools in Poltava region. 1987-1994 – the work at state power bodies, and also as the inspector of schools of Regional Department of Education, Chief of Regional Methodological Service and Head of Centre of Practical Psychology in Poltava Region. He was the Deputy of Regional Council for several convocations.

1994 – 2002 – national deputy of Ukraine of Lokhvytsia Electoral Region (Poltava region), member of Committee in foreign affairs of Superior Council of Ukraine of 2nd, 3rd  convocations, Head of Subcommittee in issues of cooperation with countries of Union of Independent Countries. Working at Superior Council of Ukraine he  actively participated in working out and approving of Constitution, Civil, Economy and other Codes and Laws of Ukraine and legislation about education.

Myhola Olehsiiovych has the experience of law activity and advocacy practice, and also the experience of economy activity – 2001-2008  –  Head of All-Ukrainian Program “Gas-Water in Credit”, by which is provided over 100 population points in 18 regions of Ukraine.

For active participation in work  Kyrychenko M.O. has Award of St. Petersburg Economy Forum and awarded with Honored Diploma of Council of Interparliamentary Assembly of Union of Independent Countries.

Experience of teaching work in higher school – since December, 1994.

Scientific interests – management activity of administrators of educational institutions in condition of reforming of education.